Bushehr is a province in south-west of Iran with a population of 223000.The city had been an important coastal port before the emergence of Imam port in Ahavaz province. As it has been an important port in the Persian Gulf hosting people from different countries coming for different purposes, you can see historical houses in a different shape and architecture compared with rest of Iran. 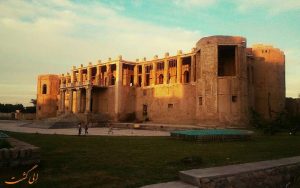 The difference making Bushehr an attractive place for travelers is not just in architecture but in the nature as well.Beautiful beaches,astonishing landscapes known as Kaluts,Salt domes and big gardens of palm trees, all have made this city an ideal place for tourists specially during winters.

The city has a special theme with a mixture of a white,yellow and brown color.The material used for the constructions were supplied from Africa and India which can be very interesting to see the mixture of local and western architecture with materials brought from miles away.

For over 8 months we have a perfect temperature in Bushehr specially during winters.Therefore,it can be a perfect choice for Christmas vocations.As well as People of Iran who are tired of the cold,travel to Bushehr and enjoy the beautiful shores,hot water springs where they can swim and amazing landscapes of a special kind of deserts called Kaluts  (Picture blow).

In Bushehr you can enjoy sunbathing and swimming in amazing beaches and take a walk in green gardens of palm tree and see a wonderful salt dome known as Jashk .There are also a number of small islands where have become untouched habitats of different species of birds and can be a ideal place for bird lovers. 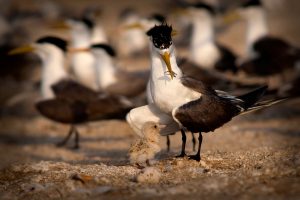 The weather is pretty hot during the day times in Bushehr so people have naturally cultivated the culture of having a notable time spent as anightlife. Therefore,you can see many tea-houses open until late at nights where people go to have a tea or coffee with their friends with a long chat and of course accompanied by music and dance.

The history of Bushehr dates back to Sassanid era (224-651 AD) when Sassanid kings were aware of the geographical importance of the location and started to establish their naval forces in the area. Bushehr gained it's historic glory in Nader Shah reign 1736 (during which the he decided to have a classic naval force an chose Bushehr as the core location of his forces.

Since 300 years ago until the first world war,Busher continued it's growth and development and served as the main Iranian coastal port hosting militants, consultants and political figures every one of which have left a heritage of themselves in the city .After exploration of oil fields in Ahavaz province Imam port started to serve as the most important port in the area, as a result, Bushehr was kind of outshone by the  Imam port gradually which also resulted in immigration of local people of Bushehr to other major cities. In Qajar kings built the famous bazaar of Bushehr which is quiet different form typical bazaars of Iran with open roof and also was built in a way that directs the rainfall out of the bazaar. In the bazaar of Bushehr you can by special handicrafts of southern people manly made using palm tree leaves. 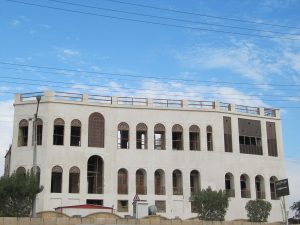 Culture of people has a lot in common with the typical Iranian-Islamic culture but like everywhere else people of this province have their own and unique cultural features, people here are very warm, sociable and more importantly they love music and know how to be happy. They hang out at nights going to traditional tea-hoses and coffee shops where they play special instruments such as  Neyanban (a special musical instrument) and Kamanche while clapping also in their own way and dance .

Unfortunately no accommodations were found.

Unfortunately no tours were found.

We make your vocation last forever !

♥ Providing you with useful tourism information and offering services like tours, guidings,writing itineraries and more with love and passion ♥