Zahedan is a province located in the southeast of Iran neighboring Afghanistan and has a long coastal border with the Persian Gulf. Zahedan is not always chosen as a destination especially by tourists as they are concerned about their safety. Neighboring one of the unsafest countries on the planet,not getting a substantial portion of the government attention and low annual revenue devoted to this province, and in general, deprived of what it really deserves, poverty is more sensible here than anywhere else in the country, people strive to make a living and feed their children which technically can result in security and safety consequences. Therefore, we see tourists and even locals showing less interest to visit Zahedan.

The safety can itself be enough reason for everyone omitting this province from their travel plan. However, I myself believe that it's not really so unsafe making you face any trouble or any safety consequences. On the contrary, it's just another side of the widespread propaganda against Iran and is not so true. Safety concerns aside, Zahedan has a lot to offer you as a tourist especially for those looking for a real presentation of a nomadic lifestyle and a deep cultural experience.

In Chabahar, a city of Sistan and Baluchestan province or Zahedan,you can visit a wonderful coastline with beautiful cliffs and clean beaches.Morover,Zahedan is the host of the only crocodile living in Iran in large wetland known as Hamoon.In this amazing wetland you can visit a diverse ecosystem and the beautiful landscape of the wetland and the area around. 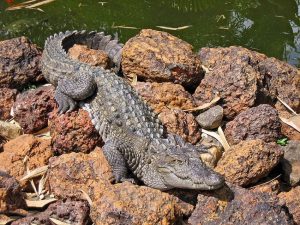 Darak beach,one of the most amazing coasts of Iran is also located in Zahedan,Darak beach is a unique and rare place where the vast and giving ocean meets the unforgiving desert creating an astonishing and unbelievably beautiful scenery.

One of the most active volcanoes in the region is in Zahedan. Taftan with more that 4000 m altitude is considered as an active volcano located 100 km away from the city. The volcanic summit has 3 openings from which gogerd  (a kind of gaz erupted from volcanoes) and smoke is constantly released into the sky. There are also 2 summits on each side of the volcano.

Generally speaking in the cities of Iran which are away from the center,the culture and lifestyle of the people is not westernized as it is in central cities like Tehran and Isfahan. Zahedan has also the same story,we can still see people wearing their traditional outfits and respecting rituals and old customs.In Zahedan you will see men all dressed in long white dresses and women wearing colorful cloths.

Besides the appearance,culture is also preserved,people here have kept their traditions and rituals of old times.For example,people have a very interesting preparation for Ramadan cleaning their houses and mosques,paying for religious figures who pray for them in mosque for the whole Ramadan and so on.

In every part of Iran we not only can see a different lifestyle and culture but also we can see how this difference which I myself believe is a result of a different climate and environment people are engaged with,has also reflected in their way of cooking foods and even eating them.In Zahedan you can enjoy delicious dishes that are not found anywhere else in Iran.

One thing that is notably bold here is music and dance and the way people are engaged with it.Music is and inseparable aspect of the life of the people of Zahedan,they have their own music genre and also typical instruments for it.Dancing is also comes in different types depending on the ceremony being held.It's interesting to know that people devote 3 nights and day celebrating weddings and during this time they have 8 different rituals and in every single one,they practice a special type of music and dance.

It can be a big surprise for you to know that the history here dates back 30 centuries BC .In the middle east we have had different civilizations emerged at a point of the history and disappeared at on other point.One of the most ancient one is known as burnt city or Shahre Sokhte which emerged almost 5 thousands years ago.Ancient civilization usually appeared near water resources like rivers and lakes,The burnt city also was near Hamoon river from which now we can only see a narrow and shallow river.A brutal climate change  could have been the reason of the disappearance of this civilization.

What is interesting about the ruins of  this ancient civilization is the discoveries achieved by the archaeologists proving that it was a civilized city where professions such as textile industry,black-smiting and even cosmetic surgeries like eye ball implantation all of which requiring high level of social advances had been there.

Unfortunately no accommodations were found.

Unfortunately no tours were found.

Unfortunately no car rentals were found.

We make your vocation last forever !

♥ Providing you with useful tourism information and offering services like tours, guidings,writing itineraries and more with love and passion ♥